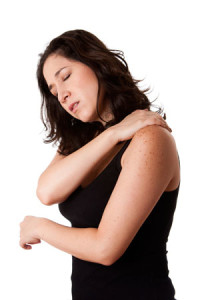 Musculoskeletal disorders like back pain and arthritis are the number one cause of worker disability in the US, according to a new report from the Council for Disability Awareness (CDA).

Roughly one in three workers (34%) claiming social security benefits for disability suffered from musculoskeletal conditions, along with 30.7% of workers making private insurance claims.

The annual CDA report includes data from workers claiming Social Security Disability Insurance (SSDI) and data from 19 major insurers who cover over 32 million Americans. The report shows a continuing growth in the prevalence of musculoskeletal conditions in American workers. Between 1960 and 2011, the number of people receiving SSDI for musculoskeletal conditions quadrupled.

Overall private insurers awarded $9.4 million to workers in 2012, up slightly from the previous year. Although the dollar amount has increased, the actual number of those seeking new claims decreased, reversing a four year upward trend. Insurers surveyed attributed the slower growth in claims to an improving economy. New claim applications and awards have also decreased for SSDI, but the number of people receiving social security has reached an all-time high of 8.8 million people or 5% of the US workforce.